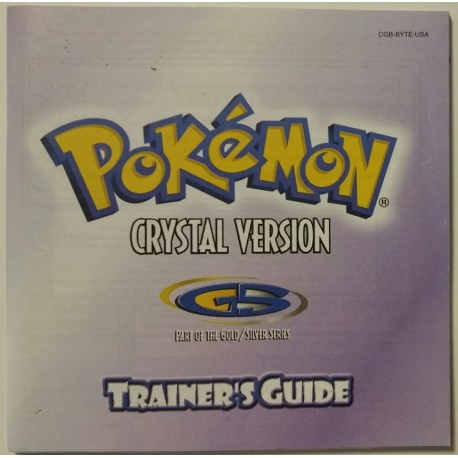 Pocket Monster mania continues with Nintendo's release of Pokemon Crystal for the Game Boy Color. Much as 1999's Pokemon Yellow offered gentle enhancements to the basic story and gameplay of the original Pokemon Red and Pokemon Blue games, Pokemon Crystal is based on the second-wave Pokemon Gold and Pokemon Silver releases.

Though it follows the same story told in the Gold and Silver versions, Pokemon Crystal has some new options and special features. For the first time, gamers have the choice to play as a female trainer in this version. Also, just as Pokemon Yellow included a special Pikachu, trainers are aided by an unusual Suicune in this release. Pokemon Crystal is designed to offer a complete Pokemon experience for those new to the ubiquitous phenomenon and additional challenges for seasoned trainers who simply have to catch 'em all.