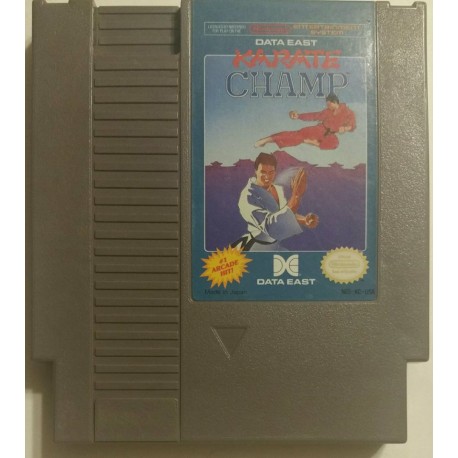 Become a karate master in this home conversion of Data East's hit arcade game. Choose from two punches and eight different kicks to defeat your red gi-clad opponent in nine outdoor settings. Each one-on-one fight involves earning points within a 30-second round by landing clean hits. Score two points in each round to win the best-of-three match. A referee appears in the background to award full and half-points by lifting a flag and saying the word "point." Test your mettle in three mini-games that have you knocking down a series of moving objects. Compete against the computer or challenge a friend with the two-player option.