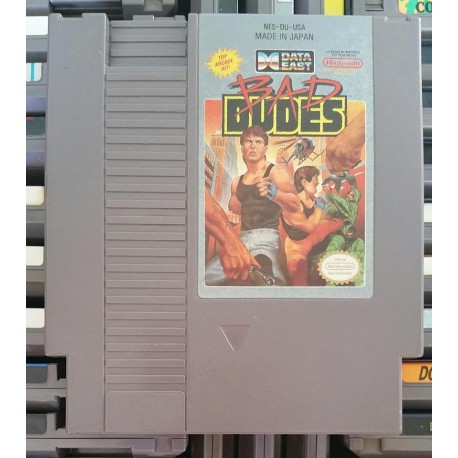 The president has been kidnapped by ninjas -- Bad Dudes for NES asks if you are a bad enough dude to rescue him. Players have the choice of playing as Blide or Striker and dispose of countless bad guys in this side-scrolling shooter. The game is also known as Dragon Ninja in Japan but is best remembered for the countless memes it spawned which involve changing the text represented on the start-up screen or the famous end screen, where the president states: "Hey dudes, thanks for rescuing me. Let's go for a burger.... HA HA HA HA!"