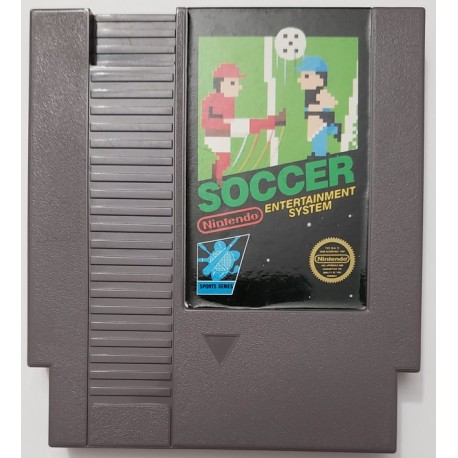 The first soccer game on NES, Soccer offered a choice between seven national teams (Brazil, Germany, Spain, France, England, Japan and the U.S.A.) and five different difficulty levels. The real attraction of the game came from the possibility for two friends to play against each other. This was one of the first soccer games to include shootouts at the end of regulation time, and it also boasted a half-time show to keep players excited by the action.