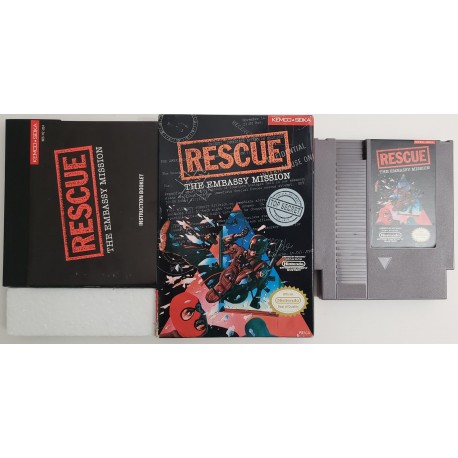 In Rescue: The Embassy Mission your goal is to rescue people inside an embassy who have been taken hostage by a group of terrorists. The game features authentic spy tactics and motion-captured character movements. It is divided into four areas of infiltration. The four areas have various levels of difficulty.

The first part of Rescue: The Embassy Mission involves an attempt to break into the area where the embassy is located. Searchlights prevent you from finding easy access to the building. If you get spotted by the searchlights you will be shot and, the odds are, you will die. This forces you to be more covert as you make your way to the next area.

Next you try to snipe as many enemies as possible from across the street, thus making your last mission (part four) substantially easier. After finishing the sniping you must lower yourself down to a window to break into the embassy. But if you go down to fast the rope may snap and so will your neck (when you land). In the final mission you must take out terrorists in a conventional first-person shooter style.