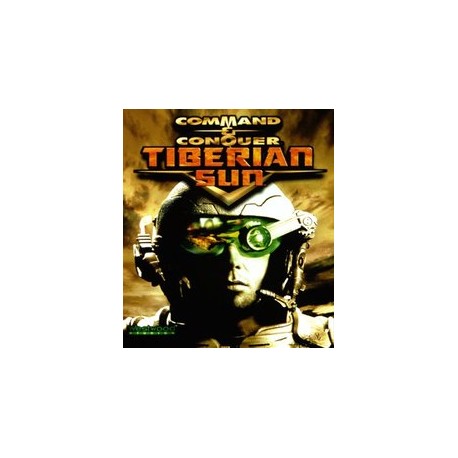 Command & Conquer: Tiberian Sun, from Westwood Studios, is a real-time strategy contest between the Global Defense Initiative and The Brotherhood of Nod. The game contains many new units, more structures have been added, and constructive changes have been made to the multiplayer mode.

Kane, the leader of Nod, was thought to have perished in the last conflict but a sudden increase in the number of trouble spots around the world indicates that The Brotherhood is back with a vengeance. You take the role of either the fiercely dedicated Commander McNeil for GDI or the evil and battle savvy Slavik for Nod.

The two sides have almost no units in common between them, which makes for a unique conflict. Where GDI uses fairly conventional units and tactics, Nod concentrates its development on the sneaky and surreptitious. GDI marches into battle behind its powerful Titans, two-legged battle mechs that sport huge side-mounted cannons. Nod relies on its strange Tick Tanks which can burrow into the ground, making them much more difficult to destroy.

Both sides have a number of additional units as well. GDI can utilize missile-firing hovercraft, Wolverines (think Sigourney Weaver at the end of Aliens) and the powerful Disruptors that shake apart whatever they hit with sonic energy. Nod's sneakier units include the Devil's Tongue tanks that can travel underground, popping up to surprise the enemy, half-mutant, half-machine Cyborgs, and powerful artillery pieces capable of striking from long distances.

For defense, GDI relies on Component Towers, which can mount a variety of defensive structures. Nod still stands by its powerful Lasers and the incredible destructive force of the Obelisk of Light. Nod has also learned the secret of cloaking technology and can hide entire bases from enemy eyes. GDI, however, has access to mobile detection units that allow hidden structures and units to be revealed.

The story revolves around Kane's desire to change the entire world in his own image. To do this, he has sought out technology from a downed alien spacecraft. With this technology in hand, he has the capability of reshaping the planet itself. Only GDI has the manpower and the technology to stop him.

Both sides of the conflict have a full set of scenarios, many which contain optional missions that can make the main mission easier to complete. There are many different paths to the end, whether you try to conquer or save the world.

Tiberian Sun's artificial intelligence has been improved and an element of randomness has been added to the game. The computer will not always react the same way to the same situation and will often have multiple responses to any attacks.

Gamers who venture out to play human opponents will find a deep game with infinite strategies. Multiplayer games will tend to last longer than previous Command & Conquer games due to the difficulty of destroying an opponent completely. New options include the ability to re-deploy your Construction Yard and move it to new locations. Because of the unique nature of many of the units, there are virtually no limits to the strategies that can be created.

ADDENDUM: On December 7, 1999, Westwood Studios announced a major upgrade that significantly increases the speed of multiplayer games over the Internet. The upgrade is automatically installed into the game when a player starts the Tiberian Sun program and logs onto Westwood Online (www.westwood.com/westwoodonline/index.html), their free multiplayer game service. The upgrade is also available at www.westwood.com, in the "File Updates" section of the "Tech Support" area.

The upgrade also includes several improvements to the multiplayer game interface, giving players more game speed options and network latency adjustments. Finally, players who install the upgrade will also get a new short game option that will declare a defeat after all a commander's buildings are destroy