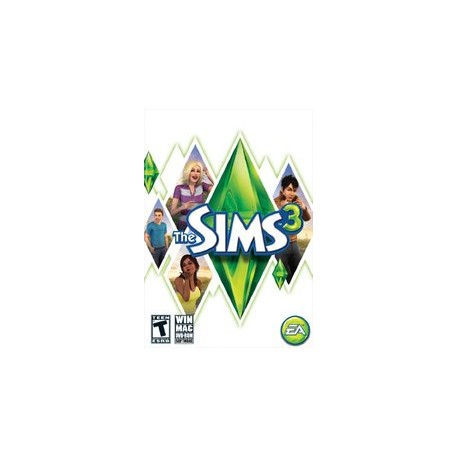 In earlier Sims games, players interact with a household of virtual computer people. In The Sims 3, players interact with an entire neighborhood. Instead of playing each family discretely on its individual lot, players can now take their characters anywhere in town -- to a friend's house, out to a restaurant, to a favorite park, or even to work. No matter which Sim the player is currently following, however, all the characters in the neighborhood are active whenever the game is being played. Events that take place on the other side of town can have an effect on situations all across the neighborhood, just as the player's characters may influence the rest of the community with their actions (or inaction). Sims are now quick to pull out their mobile phones and keep one another informed, even if only about the latest gossip.

The Create-A-Sim system in the Sims 3 refines the powerful tools featured in the Sims 2. Players have much more finely graduated control over many physical aspects of the characters they create. For example, a slider allows a choice of any size and shape between rail-thin and very overweight, instead of offering only three set body types, and a second slider controls the character's muscularity. To a greater degree than the previous game's character editor, the new tools give players the power to create recognizable Sim versions of people they know (or would like to know). Sims personalities are now determined by up to five distinguishing traits, such as "hot headed," "conversationalist," "clumsy," "great cook," "slob," "good sense of humor," and even "neurotic" or "paranoid." Players can choose from more than 60 available traits when they create each new Sim.

As in earlier Sims games, players are free to make use of the built-in houses that come with the game, customize them however they see fit (and have the Simoleons to afford), or tear them down completely and build their own from scratch. The build mode offers players more customization as well, with a smaller grid from more precise placements, and the ability to rotate most objects to any angle. Stores, services, and places of work for the game's 12 career paths are all available throughout the neighborhood. Players can't enter these buildings to watch a favorite Sim at work, but they can follow him there, and then back home again when his shift is done.