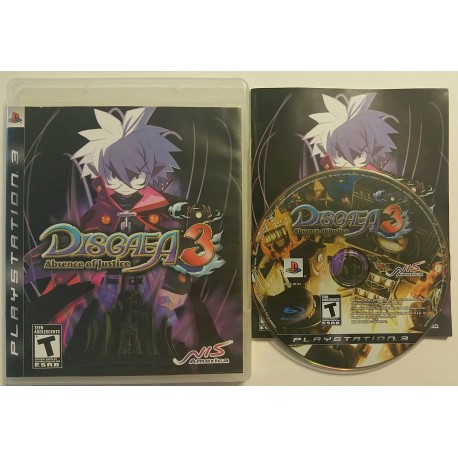 Nippon Ichi's strategy RPG full of elaborate combat mechanics and oddball humor makes its first appearance on the PlayStation 3 in Disgaea 3: Absence of Justice. The game returns to the demon-infested Netherworld, but instead of beginning in a castle it starts at a school known as The Nether Institute, Evil Academy. It's part Hogwarts, part Alice in Wonderland at The Institute, where protagonist Mao is considered an honor student because he is constantly goofing off, whereas his nemesis Raspberyl is called a delinquent for showing up on time and being willing to learn.

After months of reading comic books and playing video games, Mao decides it's his destiny to vanquish the Overlord of The Institute -- even though the Overlord happens to be his father. Mao is joined in this pursuit by Almaz and Sapphire, both of whom came to the Netherworld specifically to destroy the Overlord.

A number of gameplay mechanics have been added or tweaked to reflect the school setting in Disgaea 3. The Dark Assembly, which served as something of a Senate and allowed players to create characters and submit requests, has been replaced by the "Classroom System" that functions like a student council. New characters are treated as transfer students, deleted characters are considered expulsions, and players will be able to switch seats in class to combine attributes with other characters using the new skill merging feature.

The battle systems have evolved as well, with new ways to use the character-stacking Lift and Throw system, new systems for monster units, and new dimensions added to the Item World. The developers have also added a puzzle element to the gameplay by including Geo Blocks, which are 3D forms of the Geo Symbols introduced in previous Disgaea games. Absence of Justice also continues the strategic depth the series has been known for, allowing characters to level up almost endlessly, and featuring four separate story lines, more than 50 jobs, and approximately 300 characters.