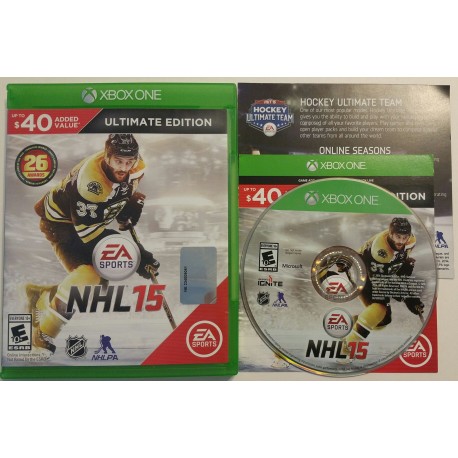 Gamers can enjoy updated real-world physics and a new broadcast presentation as they lace up their skates for another year of hockey action in NHL 15. New collision physics keep track of every player on the ice, resulting in secondary collisions, pileups, and scrambles near the net, while rebuilt puck physics are designed to capture the unpredictable nature of spinning, bouncing slabs of hard rubber. Bodies, equipment, and jerseys now act independently in order to convey the speed and movement of each skater, and NHL 15 features the most realistic player likenesses in series history.

The overall presentation of games has been revamped, with authentic re-creations of every arena, four times as many crowd animations as before, pregame introductions and graphics designed to mimic NHL on NBC productions, and new in-game commentary from play-by-play announcer Mike "Doc" Emrick and former players Eddie Olczyk and Ray Ferraro. When actually in a game, players can make use of a revamped skill stick to deke around opponents, and rely on smarter teammates thanks to the new Vision AI system.