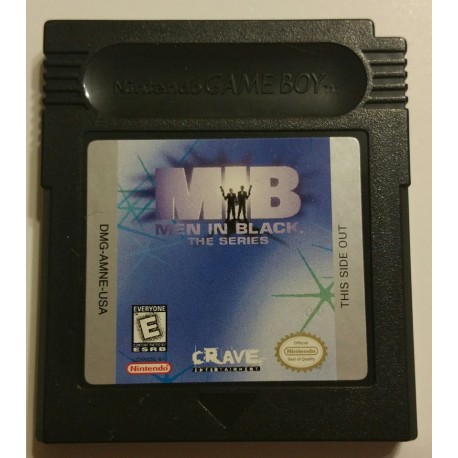 Men in Black: The Series is a side-scrolling platform game based on the cartoon series that is itself based on the 1997 movie. Players take on the role of Agent J as he hunts down the rogue elements of the galaxy, taking out alien criminals and protecting the Earth from their wicked plans.

The game takes place over the course of six side-scrolling levels, which include areas such as underground sewers, high-rise rooftops, an airport, and even the secret Men in Black HQ (from the movie). Over the course of these levels, players will have to take on twelve different alien races from the far-flung corners of the universe. Some of these baddies will pop out of the ground or swoop in from the air, but others are cunning, hiding in every day shapes like bicycles or road signs, waiting for the right moment to strike.

Agent J will have to use his small arsenal to take out these villains and rid the city of the serious alien threat. Players will have to do battle with boss creatures and eventually defeat the nefarious alien behind the whole attack, who is hidden deep within Men In Black headquarters.