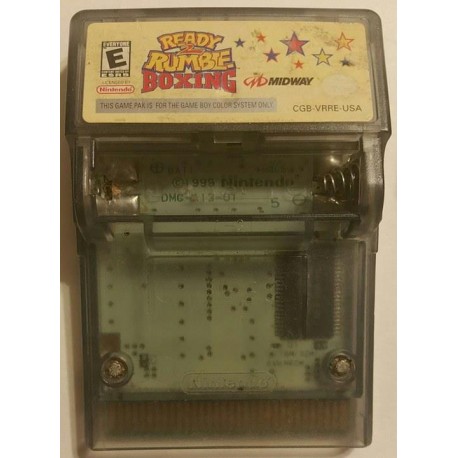 Here's capitalism at work: Michael Buffer, the self-proclaimed Voice of Champions, trademarked his famous "Let's great ready to rumble!" line. Midway then had to license all likenesses from Buffer Partnership to use "Ready to Rumble" in its over-the-top boxing game. The result is an extreme variation of the sport that features fictitious characters.

Ready 2 Rumble Boxing is distinguished by its diversified cast of boxers. From Afro Thunder to Boris "The Bear" Knokimov to Lulu Valentine to "Big" Willy Johnson, these male and female boxers come in all shapes and sizes from around the world. And a video game incarnation of Michael Buffer is there to introduce them all.

Because of the arcade-like nature of the game, Ready 2 Rumble Boxing doesn't inundate users with choices. There's an Arcade Mode for one or two people that lets players duke it out. A Championship Mode lets one player take a boxer, train him or her, and advance through the ranks. Finally, an Options Mode enables users to toggle skill levels, audio options and both the number and length of rounds. Ready 2 Rumble Boxing for the Game Boy Color also includes a built-in rumble feature to let you feel each blow!