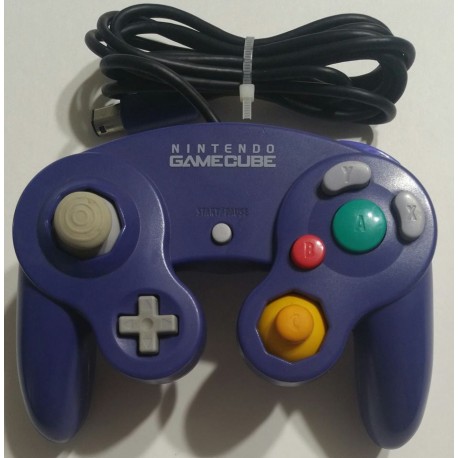 Nintendo learned from its experiences – both positive and negative – with the Nintendo 64's three-handled controller design and went with a two-handled, "handlebar" design for the GameCube. The GameCube controller features a total of eight buttons, two analog sticks, a d-pad, and an internal rumble motor. The primary analog stick is on the left with the d-pad located below and closer to the center. On the right are four buttons: a large, green "A" button in the center, a smaller red "B" button to the left, an "X" button to the right, and a "Y" button at the top. Below and to the inside is a yellow "C" analog stick, which often serves a variety of in-game functions, such as controlling the camera angle. The Start/Pause button is located in the middle, and the rumble motor is encased within the center of the controller.