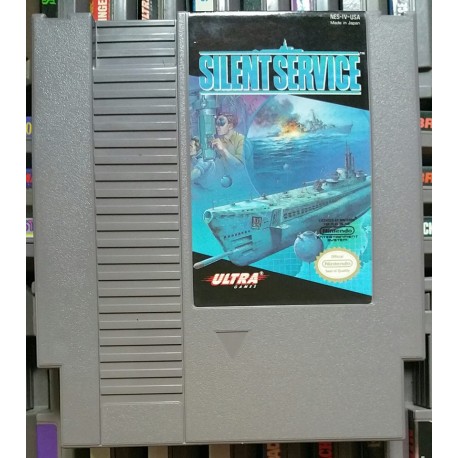 In Silent Service, you take on the role of a submarine captain, who must complete objectives ranging from seek and destroy to reconnaissance. Brought to you by Ultra and Konami, this sub-simulation game packs in several missions that will test your wits, speed and timing to their fullest potential. Your missions will be judged on accuracy, time completed and if the objectives of each one have been done. You will be assigned a rank according to your skill on each mission.

During your missions, you will have access to several different parts of the sub. Maps of short and long range territory can be viewed, the periscope can be extended for tactical situations and you can even get a view of your officer and his equipment around the ship. You also have different weapons and tools at your disposal. Torpedoes are ready for disposing of the enemy, flack provides camouflage from the enemy, plus several radars for detecting battleships and other subs. Keep your nerves and wits in check and be ready for anything.