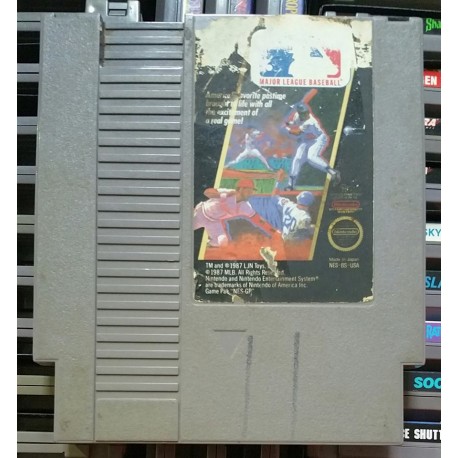 There are no actual player names due to the lack of a Major League Baseball Players Association endorsement, but such marquee players of the time as Nolan Ryan of the Astros and Dale Murphy of the Braves are represented by their numbers, abilities, throwing arm, and placement in the batting order. Speaking of rosters, Major League Baseball also allows you to change your batting order around, pinch-hit, substitute pitchers, etc. You can take your favorite team to the World Series in the season mode and even play an All-Star game.