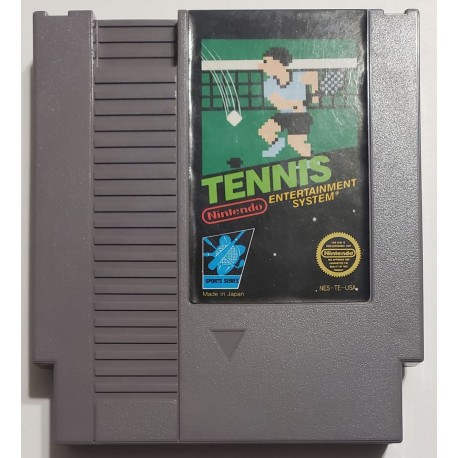 Grab your racket and hit the court with the original tennis game for the NES. In Tennis, play a singles or double match with a friend or against the computer. There are five skill levels with which to play, and the traditional rules of tennis apply. Your player has the ability to serve, smash, forehand, backhand, volley, and lob as you strive to win the six games necessary for victory in each set. Win two out of the three sets and the match is yours. If the tennis action isn't enough for you, look to the official's chair to see a familiar face -- none other than Mario himself. (Just don't get too irritated with him on those close faults!)