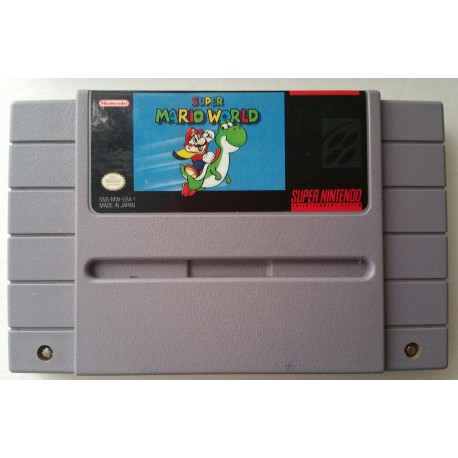 Fly through the air, make a special new friend, and rescue Princess Toadstool in Super Mario World. The Super NES classic that first paired Mario and Luigi with the cute little dinosaur Yoshi features gameplay in the defining platform style of traditional Mario Bros. adventures. In addition to his familiar running and jumping talents, Mario can use a cape for limited flight in this game, similar to the feather power-up introduced in the NES' Super Mario Bros. 3. Of course, Yoshi adds many new powers and abilities of his own to the mix.