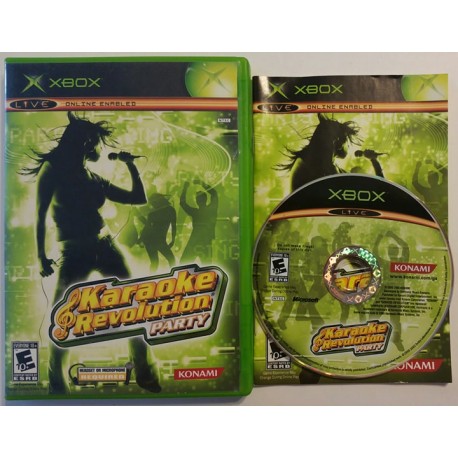 Karaoke Revolution Party is a cross-platform edition of Konami's sing-along simulator, designed to turn any GameCube, Xbox, or PlayStation 2 into a working karaoke machine with a library of 50 popular songs. As in previous releases in the series, players sing into a headset microphone controller and the game analyzes their performances according to pitch and rhythm. In the single-player version of this game, players can unlock new characters, accessories, and venues with good performances. Multiplayer modes offer a variety of mini-games and singing challenges.

New to the spin-off Karaoke Revolution series is support for a Dance Dance Revolution floor mat controller, and some modes of play challenge performers to not only sing, but also dance along with the song being played, following onscreen prompts. Additionally, the Xbox version of Karaoke Revolution Party offers online features through the Xbox Live service.